9:16am Still no power a call to the electric company yields that we will not get power back till late next week. The crews that the first selectman said were in town are not anywhere near town. We have no crews currently working in town. The tree that's hanging in the wires up the road is still there 4 days later because the electric company claims no one ever reported it. Two of their own crew trucks have driven right by it and we've been calling the electric company 2-3 time per day. It's kind of hard to tell them what is wrong when you get an automated system all the time with no option on talking to a live person, though we've reported the outage via the automated system days ago. We just talked to a person 2 days ago...what the heck happened to that ticket we put in then for the tree on the lines. Very frustrating.

9:54am Wal-Mart is open on back up power and we can now get drinking water from there.

11:28am Got a Call back from the first selectman who gave us some good news. He met with the electric company today and notified them of the trees on both ends of our road. He said that they would get to cleaning that up later today and we should have power restored tomorrow or the next day. The kiddos won't start school till next Tuesday now from all of this.

1:44pm Out and about...picked up some cat food and something for the kids to do. Saw a few crews from Michigan working a few towns over. The electric company has now changed their message again to say that they have 900 crews working today. They have restored power to about 500,000 customers and have about 300,000 customers still with out power. They plan on having restoration done by Saturday evening and full restoration done by next Wednesday. So...What's the difference between the restoration (Saturday) and the full restoration (next Wednesday)? Does that mean if I don't get power back by Saturday I'm screwed? :(

1:50pm Some street lights up the road are on!!! Keeping my fingers crossed....Tree still in road....No power :( (I want to cry) One can only hope that since they have restored power to the next street over that we will have power back soon.

3:30pm Another call to the electric company...again they are saying that there is no ticket or work order in for the trees on our road. What the heck keeps happening to them? Didn't we just call and go though the same damn thing this morning? We've reported this problem to 5 different reps and the first selectman who reported it to the electric company as well. Tree cutting crews drove by it again. (I understand that they can't touch the crap that's touching the lines because they don't know if the lines are live or not, but take the rest of the crap out of the road so we don't have to go off roading to get by it.) Left another message for the first selectman telling him about the no work order and how there are still no crews working in our area according to the electric company. Hopefully we will hear something soon.

10:05pm Friends of ours were kind enough to allow us to use their showers and into their home stinking and all. For them I am extremely grateful. That goes down as one of the best showers ever. I am clean!! Well at least for the day and I feel better. We took them out to dinner which was fun. It's been forever since we've done anything like that. It was nice to sit and chat and have fun, to forget about the problems for a bit. I can never repay them for opening their home to us and letting us shower. <3
Kids are in bed - generator has been restarted and oh yeah the electric company has been called again...no way shape or form did they attempt to fix the tree in the road. They told us that we need to make accommodations by staying in a hotel or with family, eating out for food but they're not going to pay for it and we don't have the money. They told us that they tree in the lines on our road wasn't a priority or a danger. That we need to wait our turn in line like everyone else...(well everyone else in town just about got power today.) The first selectman told us that the tree would at least be taken care of today...grr.. another call to him and he's not happy with the fact that it wasn't taken care of today like he was told by them and told us to call him tomorrow morning. Sigh. Well at least I'm clean and the kiddos are clean and we had a good day. 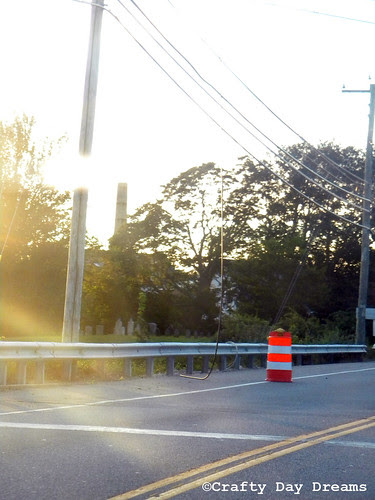 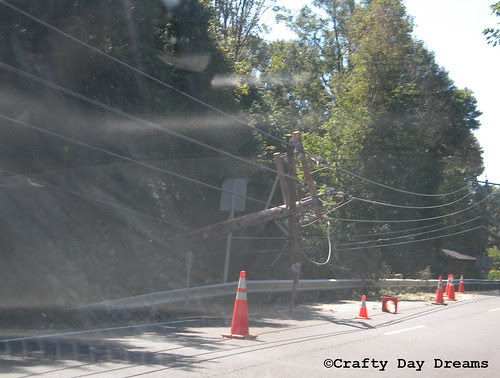